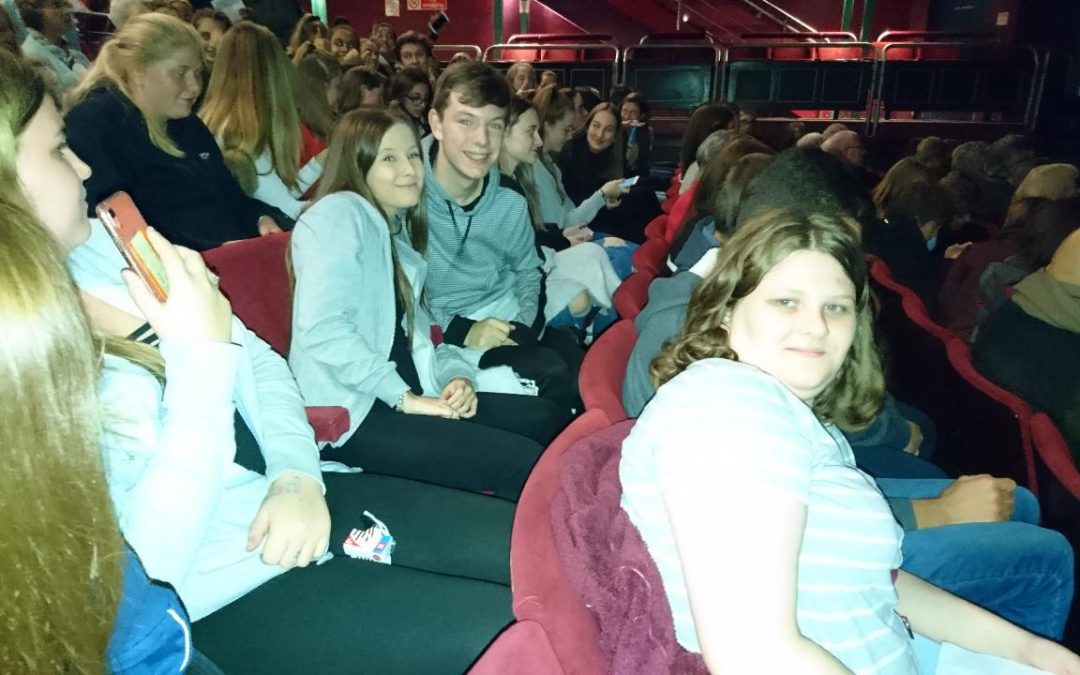 Year 11 English students were wowed by the performance of Great Expectations in the Wilde Theatre at South Hill Park Creative Arts Centre this week. Students, who are currently studying the novel in preparation for their GCSE English Literature exam, travelled to the evening show for the opportunity to see the novel brought to life. The professional actors put on an excellent performance and the number of positive comments from the students made it hugely worthwhile.
Mr Tamale, Senior Teacher, said it was a great event and opportunity for students to visualise the novel rather than just reading the book. Katie in Year 11 said she was worried about how they would deal with Miss Havisham’s dress catching fire, but that she was really impressed with the creative way that this was portrayed. Charlotte in Year 11 said she really liked how they used the curtain to separate the different parts of the story and to symbolise Pip’s shift in fortunes. Cerys in Year 11 said she liked their use of the actors on stage who were really convincing especially those who managed to play two parts almost seamlessly.